>Centre for Ethics>AI and Ethics: Why all the fuss?

AI and Ethics: Why all the fuss? 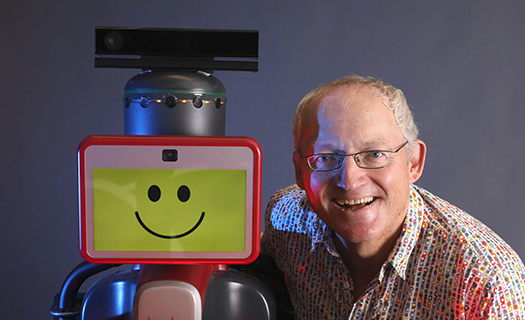 There’s a lot of discussion within the media, governments and elsewhere about artificial intelligence (AI) and ethics. We’ve seen many examples of technology companies behaving in ways that challenge us. In this talk, Professor Walsh will identify the new issues AI brings to the table, as well as instances where AI requires us to address otherwise old issues. He will cover topics from autonomous cars to predictive analytics to killer robots.

Toby Walsh is Scientia Professor of Artificial Intelligence at the University of New South Wales and Data61. He was named by The Australian as one of the ‘rock stars’ of Australia’s digital revolution. Professor Walsh is a strong advocate for limits that ensure AI is used to improve our lives. He has been a leading voice in the discussion about autonomous weapons (aka ‘killer robots’), speaking at the UN in New York and Geneva on the topic. He is a Fellow of the Australia Academy of Science and recipient of the NSW Premier’s Prize for Excellence in Engineering and ICT. He appears regularly on TV and radio, and has authored two books on AI for a general audience, the most recent 2062: The World that AI Made.