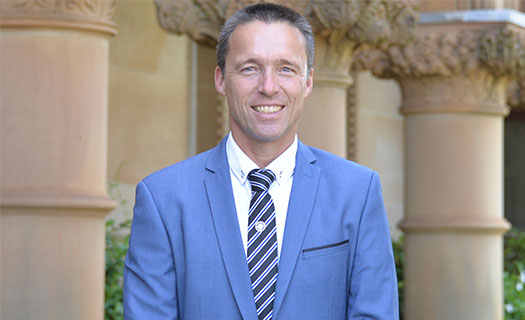 Geordie serves as our College Chaplain, Officer Commanding of the NCACU, a Mathematics teacher and Director of AFL. Having previously served as a Chaplain and Preparatory school teacher at Knox Grammar for over 12 years, his vocation as a church minister commenced back in 1991. He holds a Bachelor degree in Science (USYD), a Master degree in Teaching (CSU) and a Certificate in Bible Studies (CoC). His passion for Australian Rules Football extends back to his high school days where he played for the Pennants Hills Demons and the University of Sydney teams and represented in the Northern Sydney Regional team competing in the state championships.

Geordie has coached Australian Rules Football since 2007 at school boys level, including the role as manager of the Preparatory CIS AFL team during 2014-15 before commencing here at Newington. He is officially Newington’s inaugural Coach and Director of Australian Rules Football since it’s inception into the Independent School’s competition. In 2019, the college has expanded to include three preparatory school teams, a Year 9/10 team and two Open grade teams. With an experienced Director and Coaches, coupled with the ongoing support of a dedicated parent support group and passionate players, Newington’s AFL program will continue to develop a culture of enjoyment, teamwork, resilience and motivation. 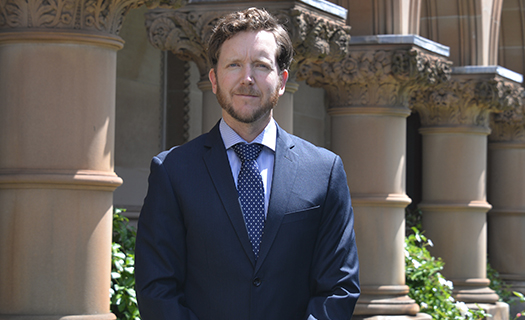 Cameron is entering his 5th season as the College’s 400m coach and his 4th season as the Director. While our results have been exceptional during this time it is the success of our individual students that excites him most.

With the support of the Sports Department and the wider school community, Cameron believes Athletics at Newington will continue to prosper. 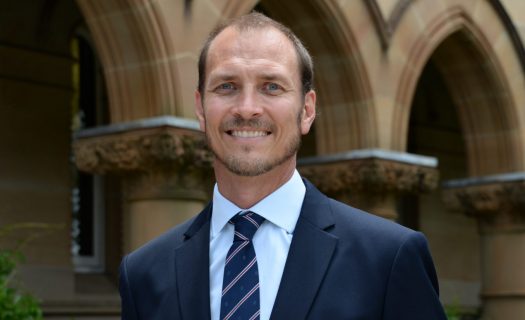 Ryan Moar, Director of Aquatics (Water Polo and Swimming), has previously held posts at the Australian Institute of Sport, New South Wales Institute of Sport and Water Polo Australia as an elite water polo coach. As an assistant coach for the Aussie Stingers Women’s Water Polo Team at both the Beijing and London Olympics Ryan was part of two medal-winning squads.

Ryan has extensive experience in swim coaching, pool lifeguarding and learn to swim instructing and played professional water polo during his sporting career. Ryan enjoys working in the swimming pool at the College as it involves contact with students from K – 12. 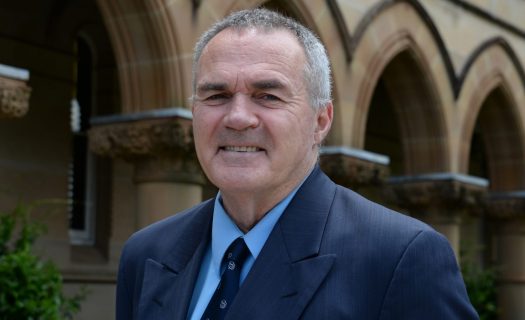 ‘Coach’ is responsible for the Basketball program from Years 3 to 12 and has been the head coach of the Newington 1sts since 2005. Coach Nottage has been in the business of coaching basketball for over 40 years and has spent time as NSW Director of Coaching, NSW ITC Coach, SEABL Coach, NBL Coach and Coach for NSW State and Australian teams. He is accredited with a NCAS Level 3, FIBA coaching Licence and gained his Master in Education (Coach Education).

During Coach’s time at Newington he has amassed a 602 – 146 win/loss record, which has included 6 State Championships, 9 GPS titles, 4 Raschke Cup victories and medalled 11 of the last 16 years at the Australian School Championships. During his tenure 27 boys have gone on to further education/basketball opportunities with USA colleges. Coach Nottage is also a pilot who flies regularly. 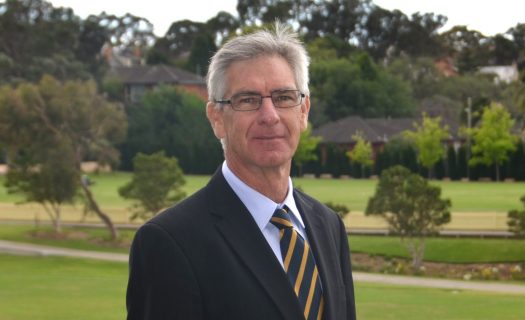 Ross Turner was appointed as Director of Cricket, Mentor and Teacher in the PDHPE department in 2013. Ross has been involved in cricket at international, national and state levels in senior administrative and coaching for a decade-and-a-half. In his role with Cricket Australia he set up the Centre of Excellence in Brisbane and co-ordinated the national talent program.

Ross works with teams of dedicated ground staff and skilled coaches to provide a positive experience for all cricketers at the College. 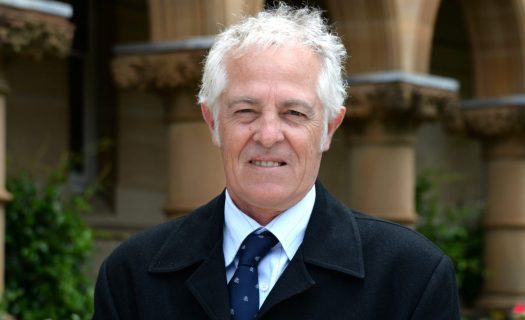 Symon is an Old Newingtonian, having finished at Newington in 1979. During his time as a student, he was Captain of Athletics, competed in Cross Country and was Senior Athletics Champion after winning the 1500m AAGPS race.

After leaving school, Symon taught skiing for many years, attained his Level 4 Ski Coaching Certificate and developed a passion for Human Movement and Bio-mechanics.

Symon is also a keen triathlete and triathlon coach. He is currently studying for his Level 2, Elite Certificate in Triathlon Coaching.

Symon returned to Newington in 2016 to be the Director of Cross Country and Snowsports. 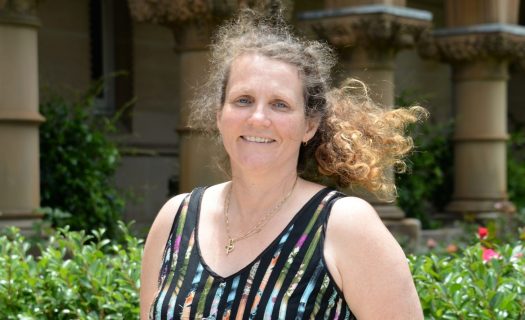 Karen joined the Fencing team in 2015 as a team manager and has been a member of the Mathematics Department since 2006.

She aims to encourage boys of all abilities to “have a go” and build the skills and attributes of well-rounded Newington men through sport. Karen directed the girls Touch Football team at her previous school.

Karen has a 17 year Service medal with St John Ambulance and is a Member of the Order of St John. She uses these skills to train Newington Challenge students in First Aid. 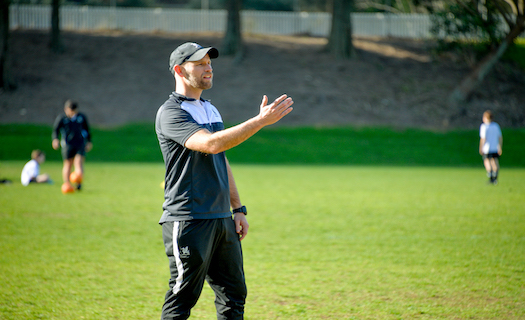 Drew is passionate about helping others become the best version of themselves through a research based approach to player and coach development.

Drew was appointed the College’s Director of Football in 2022 having most recently worked for Football NSW as talented Player Development Manager. His previous roles include Coach Developer, Head Coach, Assistant Coach and Technical Director positions across a diverse range of environments with experience in grassroots, talented player pathways and elite male and female football.

Drew holds a FFA/AFC ‘A’ Licence and has completed a Masters of Education (Coaching) focusing on decision making in elite youth footballers. 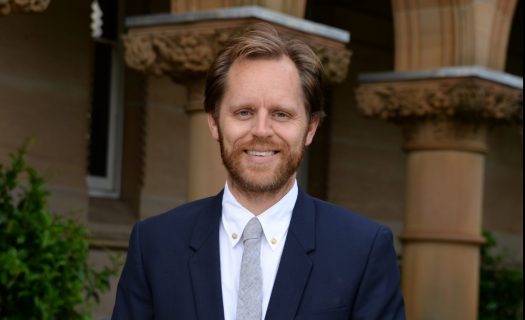 Alex Fisher began as Director of NewFit in 2016, and has been involved with the sport since its inception at Newington some years before. In that time NewFit has grown into a challenging sport option for students, with a strong team mentality within the group and leadership responsibilities for senior students. Alex works closely with the Strength and Conditioning Staff at the College to create challenging routines for students. 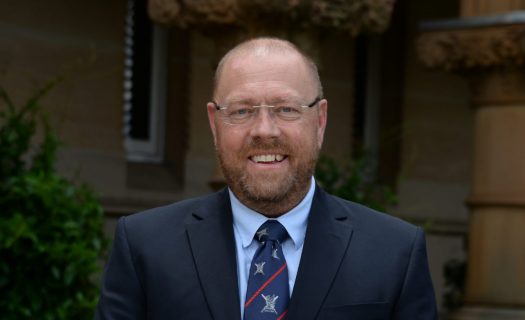 Rob is an Old Newingtonian, having completed Year 12 in 1982. He returned to the College in 2003 teaching Mathematics.

Rob has been involved in many co-curricular activities at Newington. As well as coaching rugby he was the coordinator of the GPS fours, coaching the first and second IV’s for many years. Rob is also very active in the Cadet Unit and is a qualified scuba instructor, running courses for the boys in Year 10.

In the summer of 2010 Rob changed sports from rowing to rifle shooting, coaching small bore. With Newington re-entering the large bore GPS competition in 2012 the sport at the college has continued to grow. The boys are now able to shoot larger calibre as well as experience some of the best facilities for shooting in the country. 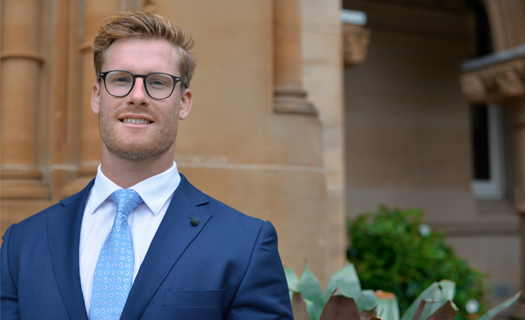 After school, Karl continued his rowing at Sydney Rowing Club with a highlight of his time being racing at the Henley Royal Regatta, England.

Since leaving Newington, Karl ran his own business for a number of years while completing his Bachelor of Health and Movement and Post Graduate Diploma of Education as well as fulfilling his passion; coaching rowing. Karl started coaching rowing in 2009. Karl most recently ran the Pymble Ladies’ College rowing program before starting at Newington as Director of Rowing in 2019.

Chris guides the tennis program for students in Year 3 through to Year 12. Chris moved into the Director role in 2018 after previously being the head coach of the Newington 1sts for the past two years. Having coached tennis for over 25 years Chris has spent time as NSW State Coach, NSW Institute of Sport Coach and most recently as boys coach at the National Academy – Sydney. Chris has coached 31 national champions, as well as title holders of 20 international events (ITF’s). Chris was also previously the Director of the Pat Cash International Tennis Academy on the Gold Coast for five years working with full-time players who represented at Grand Slam, Junior Davis Cup, Junior Fed Cup and Junior Grand Slam levels.

During his first two seasons at Newington, Chris has lead the GPS first’s team to runner-up and winner of the AAGPS shield along with winning the NSW All Schools Teams Championships. During his tenure, numerous students have gone on to undertake NCAA college scholarships in the USA. 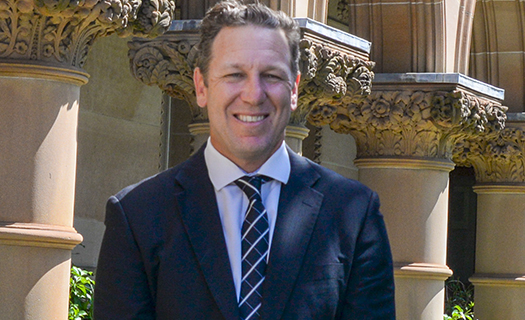 Lachlan joins the Sport and PDHPE departments having enjoyed a long family history at the School. Since departing Newington in 1994 as a student, he has held careers in carpentry, physiotherapy, professional rugby coaching and teaching. He brings with him a strong passion for both the College and the game of Rugby, in particular, the use of Rugby as a tool to develop character.

Lachlan holds Bachelor degrees in Sport Science (ACU), Applied Science – Physiotherapy (USyd) and Teaching (CSU). His extensive rugby career includes, as a player, representing Australia in the U19 and U21 age groups for two years each. He was awarded a scholarship with the Australian Institute of Sport, played 1st grade rugby for Northern Suburbs after his early years at Eastern Suburbs and was a member of the NSW Waratahs extended playing squad. Despite injury ending his playing career at an early age, Lachlan continued his involvement with Rugby in the coaching environment as Director of Rugby for the Eastern Suburbs Rugby Club, Gordon Rugby Club and most recently Sydney Grammar School. He has held numerous age group representative coaching positions, was an assistant coach for the inaugural ARC champions (Central Coast Rays) and represented at board level at the Warringah Rugby Club, AAGPS Rugby and NSW Schools Rugby.

As an advisory coach to the premiership-winning 2010 1st XV, Lachlan returns to Newington with fond memories and a strong desire to lead a successful Rugby program based on culture, community and performance.

Lachlan is married with two sons, his wife is an elite level Triathlete, having represented Australia at all distances at the World Cup stage highlighted with a 5th position in the Hawaiian Ironman World Titles.

Head Swimming Coach, Jared Goldthorpe has been heavily involved in elite level swimming with over 12 years experience as a professional swimmer and coach. His career as a swimming coach has been closely mentored by two-time American Olympic Swimming Coach, Joshua Stern. Jared has spent time working on various NSW swimming camps as a State Level Representative Coach with many talented future swimming stars and is recognised as an ACSTA Silver Licensed Swimming Coach.

During his swimming career, Jared was awarded a scholarship to represent West Virginia University, USA. He is recognised as an honorary All American for his achievements at the National Collegiate Athletic Association (NCAA) Championships. Jared has also represented NSWIS and Australia which has taken him on numerous tours across the globe.

Further to his coaching and swimming achievements, Jared holds a Bachelor degree in Secondary Education, PDHPE (ACPE) and a Certificate III and IV in Personal Training & Fitness. These combined accomplishments foster Jared’s passion for educating students through a holistic approach, supporting Newington’s core value of achieving your individual personal best. 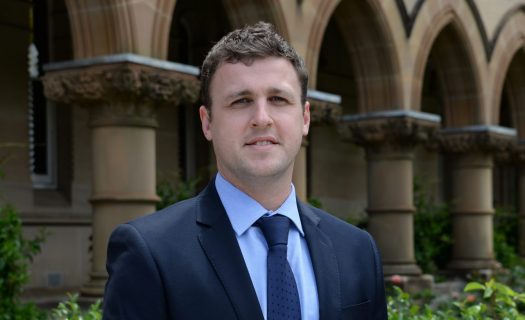 Ed Summers was appointed as Director of Volleyball in 2019. He is an Old Newingtonian, having finished at Newington in 2003. Ed is also the Senior Sports Administrator at the college. He has coached various State and National Basketball teams and has worked with the Football, Volleyball, Table Tennis, Badminton and Fencing programs.

Ed is excited to lead the Volleyball program at Newington. 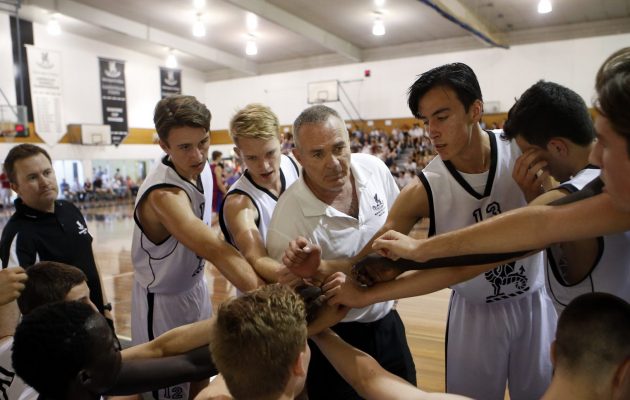