Boys of all ages and skill levels are invited to Fence to improve their agility and coordination. 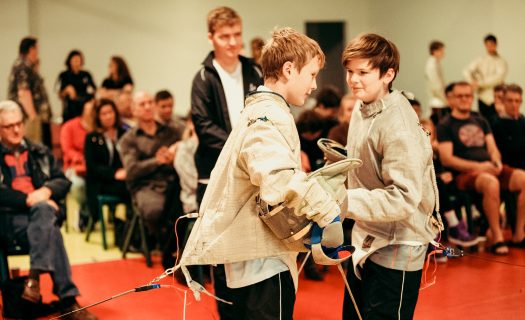 Fencing is a sport of tight, reflex actions, of combined skill of hand, eye and foot, where everything can change with the flick of a wrist.

The scoring of Foil Fencing is a count of “touches” on the opponent’s torso. It is a fast, vigorous sport requiring great agility on the part of the fencers.

Newington College has a proud history in both results and the development of interschool fencing. The most important trophy: the A J Rae Shield, recognises the significant contribution made by our former Headmaster and the continuing support the school gives to the sport.

In 2021 the Fencing season was, once again, cut short due to COVID. Despite this setback, the camaraderie shown by the boys throughout the season was the best I have seen in my time at Newington. This didn’t go unnoticed – an official from the NSW Fencing Centre wrote to me to pass on a comment from a non-Newington fencer: ‘Newington boys, coaches, and MICs are all so nice. They are sporting, polite and really seem to enjoy it. They just get it.’

This year we welcomed a familiar face as our new Head Coach: Mrs Dimitra Giovani, better known to the boys as Dimi. Her passion for fencing and dedication to her students has been a huge boost to the program. Mr Harrison Saunders (ON 2020) and Mr Boston Fawkes returned as foil and sabre coaches, joined by new recruits Mr Federico Moreno and Mr Oscar Karageorgis. We were also joined by Newington teachers Mrs Athena Spiroglou, Dr Anne-Marie Singh and Ms Annie Cao. After a very brief crash course on what was a very unfamiliar sport, all took to their new roles with great enthusiasm.

With the generous support of the Fencing Support Group, the College invested in three new scoring boxes, which have been permanently installed at Concordia by armourer Peter Witkop. This setup has led to a dramatic increase in the amount of time boys get to spend in competition-style bouts. Again thanks to the Support Group, we have also acquired new foil and sabre weapons – including those for the long-suffering left-handed members of the team.

This year Newington Fencing partnered with Simon Capon (ON 2011), the NSW Head Epee Coach and Assistant National Foil Coach. Simon’s company, Scherma Australia, is a provider of fencing equipment, and the partnership enables boys to build up their own high-quality fencing kit as they move through the program.

We have also had a small group of Year 11 and 12 students working their way through the NSW Fencing Association Level 1 Coaching Course and look forward to seeing some of our students return to Concordia as qualified coaches once they have left the College.

A special thanks must go to the parents of all our fencers, some of whom, due to COVID restrictions, have never had the opportunity to see their son fence. I look forward to seeing your faces in person next year.

And finally, the boys, particularly those Year 12 fencers who missed Nationals for the second year in a row, who didn’t get to finish the teams competition (undeniably the most enjoyable part of the season), and who didn’t get their end-of-season pizza party. Thank you for your resilience and endless good humour.

Director of Fencing Ms A Halls 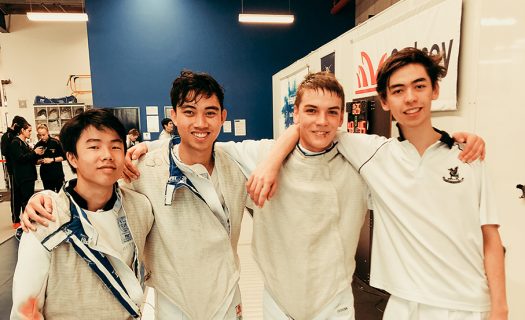