AFL at Newington is a recent addition to the current Newington sports program, with three Year 5/6 teams entering the Independent School’s Competition in 2016, a Year 9/10 team in 2017 and an Opens side in 2018. However, the archives suggest that the first ever games of AFL were played back in the 1860’s during the Headship of Mr. Metcalfe, long before Rugby and Football came into formation. Recent developments have been very strong with links to the NSW/ACT AFL and various local AFL clubs, with boys being represented at the academy level across all year groups. 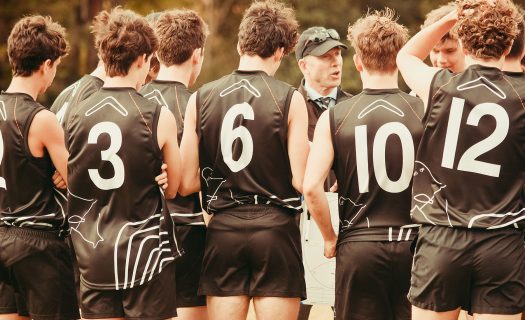 There is the opportunity to strive for representative level and interstate tours planned for the senior teams.

Newington’s Australian Rules Football program continues to thrive despite the displacement caused by the COVID-19 pandemic. Now in its fifth year as part of the Independent Schools’ Competition, we fielded three senior and three junior school teams in 2021. There continues to be a positive culture within the program, shared between the parents, players, coaches and staff.

The adjusted 2021 season meant that the AAGPS and CAS schools competed independently of each other for the first five games. St Ignatius’, Shore, and Newington were seeded in a five-week competition that was completed in Term 2. The COVID-19 restrictions kicked in at the end of Term 2, which meant we missed the final three games of the season. Our Intermediate A and 1st XVIII teams played Friday night games under lights at the University of Sydney against the arch-rival St Ignatius’. The players and spectators were filled with excitement and energy for what has become a yearly spectacle.

Our annual tour was unfortunately deterred by the pandemic, yet day tours to GWS Giants and Sydney Swans training sessions took place, along with training sessions held in the holiday break. Unfortunately due to the pandemic, we were not successful in our second attempt to host an invitational game with the Redtails representative team from the Northern Territory, who were due to compete with a selected Newington team on Buchanan Oval in April. This tour will hopefully proceed at the advent of the 2022 season, which will be a fulfilment for those who have taken the initiative to plan and raise the funds to sponsor the Redtails team in travelling to Sydney.

Mention must be made of the work done by our Support Group President Mrs Kylie Gillies, whose unwavering dedication to the program has been greatly appreciated. Thank you also to all other members of the AFL Support group Mrs Belinda Thomas, Dr Stephanie Williams, Mr Tony Gillies, Mrs Annabel Matison, Dr Dieter Hochuli and Mr Michael Negri. Our support group are devoted to looking for ways to enhance our program, and this year the highlight was the formation of our very own Newington Indigenous jerseys that the 1st and 2nd XVIII teams wore during the Doug Nichols round, and which have expanded to embrace 1st and 2nd grade teams across all of Newington’s winter sporting teams.

Well done to all our Australian Rules Football players for giving heart and soul throughout the season. A special mention to the Year 10 boys who have brought great passion in numbers into the program, spread out across the U16, 2nd XVIII and 1st XVIII teams. 2022 will be an even better season as the development of skilled and passionate players continues to flourish.

Looking ahead, the 2022 season will be even more exciting, with a new generation of current Year 8 boys coming through, a tour planned, Friday night under lights games, representative selection and hopefully the exhibition match will be held at Newington against the Central Australian Red Tails team. Congratulations to all involved in helping the Newington Australian Rules Football community to be a great success. 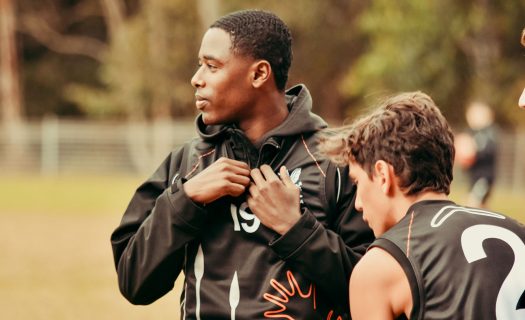